In December 2012, I became one of Longform.org’s two fiction editors. As you might know, Longform features links to quality things to read on the web. In my role as fiction editor, I point readers to a good piece of fiction every weekday, and, in doing so I drive a little bit of traffic to magazines and book publishers who share fiction online. My hope is that this attention contributes, in some small way, to the overall health and survival of these publishers.

This morning I was looking at my copy of a Grace Paley collection of short stories, Enormous Changes At The Last Minute, published in 1974 by Farrar, Straus and Giroux. First paperback edition, 1985. Enormous Changes At The Last Minute is probably one of the best short story collections ever published. And, as a person who wants to see good fiction circulating in the world, I found myself thinking that I would love to feature one of the stories from this collection at Longform. But here’s the problem: as near as I can tell, none of these stories have ever made it onto the web in any official capacity.

Of course, if I were at The Atlantic or Esquire or Fiction today, I would be working overtime to secure the digital reprint rights not just for Paley’s short stories, but for every short story we’d ever published. Taken in the aggregate—I would think to myself—all the short stories we’d ever published form a big corpus of important work that makes the argument for our centrality to the cultural history of the 20th century, which in turn makes the argument for our continued relevance into the 21st century.

What about Farrar, Straus and Giroux, who published the Enormous Changes collection? They’re seen as an important vanguard of literary fiction: surely, one might be forgiven for thinking, they might have obtained the digital reprint rights at some point? Maybe they could even help us with the stories that appeared in journals that either stopped existing before the advent of the web or that still exist but don’t have a substantial web presence? Let’s look at the Farrar, Straus and Giroux website.

As it turns out, Farrar, Straus and Giroux has a pretty good blog and a kinda cute Tumblr, but FSGbooks.com redirects to a dedicated subdirectory of the Macmillan Publishing website. FSG and Macmillan—both owned by the not-very-sexy-sounding Georg von Holtzbrinck Publishing Group—merged in 2008, and it’s probably relevant to point out that along the way, FSG lost their subsidiary rights manager, Michael Hathaway, who was maybe one of the people best poised to understand the value in the digital rights to a set of forty-year-old short stories.

OK, well, yes, if you dig around in the FGS subdirectory at the Macmillan website, you can find the dedicated page for Enormous Changes At The Last Minute, and somebody’s gone to the trouble to ornament it with some selected reviews and a little piece of script that serves up the latest Goodreads reviews of the book. Of course, what you can’t find is a sample story, which, it seems to me, is the one thing from the book that people would actually actively take value in sharing and circulating.

An aside here about “book trailers.” If you are in the business of selling fiction, you should not be making book trailers. You know why people like movie trailers? Because they are little pieces of the movie that people can share and get collectively excited about. You know why people hate book trailers? Because they’re bad short films made about books. The trailer for a book should be a little piece of the book. For a novel, that is either the first chapter or a good stand-alone setpiece. For a book of short stories, that is one short story, at minimum.

Giving it a home

So: if you are in the business of selling collections of short stories, you should make it a priority to feature one short story from every collection you sell. You should render it in cruftless, platform-agnostic HTML, and you should give it a permanent, linkable, shareable home on the open web.

Is this giving away the store? Is this going to result in you, the wary publisher, selling fewer books? I doubt it. Now, I should preface this by saying that I buy a lot of books. I like books, physical ones. Despite my association with Longform, I’m not a person who wants to read long-form content on my phone. I’m a person who has books stacked up on every surface I have available. I’m a person who took some of my favorite free web content from last year and paid money out of my own pocket to have it made into a book, semi-legally, which tells you something about my relationship to content and maybe reveals me to be something of an outlier.

But I don’t think I’m the only person who’s bought a book that contains stuff that I’ve already read. If you’re a person who buys books, you probably do this all the time. You take a book out from the library, or you borrow a book from a friend, you read it, you enjoy it, so you buy a copy for yourself. Maybe you think about it as a souvenir. Or maybe you buy a copy of a book that you love and give it as a gift. (My copy of Enormous Changes At The Last Minute was given to me by someone who had already read it.) If we accept that these are reasonably common human behaviors then it shouldn’t be too hard for you, the wary publisher, to imagine people reading a few chunks of a book at your own website and then throwing the book into the cart.

And should authors be nervous about a free sample of their work being loose on the internet? I think most authors believe, as I do, that having some of their work out there in a spot that can be “pointed to” fulfils a promotional service and thus increases their shot at surviving in a very crowded media ecosystem. You don’t have to look far to find that many authors working without publishers are actively embracing the idea of putting great chunks of their work out there on the open web. And not just samples, not just chunks, but entire works. Many authors believe that this is serving them well—although we should be very cautious about assuming that we can generalize broadly from some of the specific success stories out there. Nevertheless, here are some examples, and their accompanying cautions:

Craig Mod believes that he’s selling more copies of Art Space Tokyo because all the content is freely available online—but he has specific reasons for this, dealing in part with the book’s subject matter. Frank Chimero elected to make a free online version of The Shape of Design—but he also knew he could count on selling copies of the physical thing because, as a design book, it’s a beautiful object. The creators of webcomics consistently put massive archives of material up online for free and make their money selling not only those archives in book form, but also selling a whole host of subsidiary goodies to an enthusiastic fanbase—but webcomic creators generate that fanbase by maintaining update schedules very different from those of fiction writers. It should also be said that webcomic creators are also keenly aware of some of the absurdities of this model.

It’s also worth noting that all of the examples above are creator-owned projects without partnership with traditional publishers, and the dance between fans and creators does get complicated when a publisher enters in. Authors especially have to be cautious when the literary culture becomes one where publishers are making their money on the webcomics model: hawking T-shirts and coffee mugs because not enough people are buying books. My first novel is coming out next year, and if someone reads my book for free at my publisher’s website and then buys a tote bag as a way of saying “thanks” to my publisher, I don’t make progress toward earning out my advance, and my royalties go away. If we put on our Pessimist Hat, which authors sometimes enjoy doing, we can imagine a dystopia where publishers give away our work as a means of selling tchotchkes: where our work is the giveaway inkjet printer and everything else is an expensive inkjet refill.

Valuing books in a digital age

But the situation is actually more harmonious than that. After all, publishers want their books to sell too. The Georg von Holtzbrinck Publishing Group stays in business by selling books, not tote bags, and that’s unlikely to change anytime soon. Around the time that FSG was losing their subsidiary rights manager, an unidentified FSG source said this, in a gloomy New Yorker blog post called “Publishing Death Watch”: “We have to figure out a way to get people to buy books. Real books.”

But here’s the thing I keep coming back to. If you’ve pledged yourself to making good books, then you owe it to those books to value their content, and valuing content means—increasingly means—lovingly placing it where other human beings can see it, discuss it, and share it. If you’re a publisher, big or small, you paid good money to see this material made manifest in the world. Why not act like it? 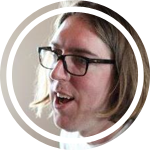 Jeremy P. Bushnell (@jbushnell) is a writer and educator in the Greater Boston Area. He selects fiction for Longform.org, and his first novel, The Weirdness, will be published by Melville House in 2014. Melville House, it should be mentioned, sells an excellent tote bag.

“Enormous Changes at the Last Minute: Giving Fiction a Home” appeared as a Feature Article in Issue #5. Issue illustration by Rob Weychert.