The other day, as happens more and more often these days, I noticed that an update was available for Chrome or one of its plugins. I knew this because a little green arrow was sitting atop the wrench in the upper right hand corner of the browser window. As I’ve come to expect, the plugin needed me to sign off on some permissions to do its work. The list sounded pretty scary, as usual: it requested access to my full browsing history, my data on all websites, the content of pages I visit, and other Big-Brother-ish things.

This time I had questions. When had I installed the plugin? When did I last upgrade it? Did I grant it all these scary permissions last time? What had changed?

More and more, what we post to the internet isn’t brand new: it’s an update—new information that builds on something posted earlier. Updates are everywhere, from the ubiquitous status update to the occasional privacy policy refresh. Most often, we treat these updates essentially as any other post. But it’s time to give the update its due.

An update is simply a post with a history. But because data plus time almost always reveals a story, that history is rich with possibility.

Recently, my friend Jenny 8. Lee and a pair of MIT computer scientist brothers spent a day hacking together a tool that allows users to track changes in news stories. You can see, for example, how the New York Times story on the Supreme Court’s Affordable Care Act ruling evolved. Similarly, my Chrome plugin ostensibly knows which of its versions I have installed. So when it urges me to upgrade, it could link to a simple list of what’s changed since my version, instead of making me keep track.

Even more importantly, though, the ascendancy of the update means that our content is increasingly likely to have a future. When we build the relationship between a post and its updates into our code, we allow our users to follow the development of our content over time.

SB Nation was one of the first news sites to take the idea of the update seriously, uniting all developments to a story within a format the site calls a StoryStream. The site’s Olympics coverage shows how well this idea works for simple liveblogging of breaking news; since I opened that tab in my browser a few minutes ago, a notification has popped up informing me that another update has been posted. (You can see similar technology at work in SB Nation’s sister site, The Verge.)

But beyond breaking news, the approach works equally well for following stories that unfold over weeks, like this one. With the click of a Like button, you can opt to have updates to any SB Nation story show up in your Facebook timeline.

As I’ve argued before, the more we enhance our ability to follow ideas and stories over time, the more complex those ideas can become:

Take TV as an illustration. Until the VCR began to go mainstream in the mid-‘70s, television episodes were essentially self-contained events. With few exceptions, shows had to frame each episode for a potentially new audience, one that wasn’t necessarily attuned to the show’s continuity.

As VCRs took hold, narratives on TV — ideas on TV — could become more complex. Because viewers could catch up on a series’ essential plot elements on videotape, it was easier for them to follow story arcs and keep track of important developments. Formula-driven shows like Dragnet (pre-VCR) gave way to complex dramatic narratives like Hill Street Blues (post-VCR).

As VCRs gave way to the TiVo (the DVR) storytellers could offer even more complex arcs for audiences, paving the way for narratives of truly literary complexity and heft, such as the Wire.

But our thinking about the power of the update shouldn’t be constrained to story-length texts and epic narratives. Every time an inaccurate tweet spreads far and wide, folks start talking about how Twitter could handle corrections. Those are updates too.

Many a successful Kickstarter campaign has been powered by great updates. When Robin Sloan set out to raise $3,500 on Kickstarter in July 2009, he crafted his updates into viral pieces of media in their own right, quickly widening his circle of support as early backers spread the updates to their friends. The project was funded almost four times over.

Last July, Paul Ford wrote one of my favorite essays of the year for New York Magazine—a brief epitaph for the idea of the ending. But part of what’s disorienting about our media today isn’t that our stories fail to end, but that we often sever the connections between them; they float, as Ford put it, inside “the ceaseless flow of time.”

Even as I end this essay, I leave these thoughts unfinished; I’ve summoned ideas and left them in suspense. Surely we’ll develop these ideas over time, but how are you ever to know? 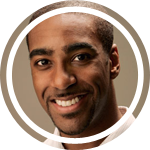 Matt Thompson lives in Washington, D.C., where he serves as Manager of Digital Initiatives (and Mischief) for NPR. He's also adjunct faculty at the Poynter Institute, a board member of the Center for Public Integrity, and a co-organizer of the biennial event Spark Camp. Follow his adventures at @mthomps and snarkmarket.com.

“The Update” appeared as a Feature Article in Issue #4. Issue illustration by Meagan Fisher.