If you try to recall your earliest memory, what comes to mind?

For me, it’s a recollection of sitting atop a washing machine in the mud room of my family’s first home as my parents painted the walls a pale yellow to the sound of Steely Dan’s Can’t Buy A Thrill. To this day, I can’t listen to Elliott Randall’s guitar solo on Reelin’ in the Years without recalling the smell of fresh paint and the image of my chubby toddler legs banging away against sheet metal in time with the music. The triggers, purely sensory, never fail to make me smile.

No matter what your earliest recollection is, chances are it’s not a memory that’s tied to language. We’re wired to recognize movement and sound before we ever start to process language: anyone who watches an infant’s interactions with the world can see they are guided largely by embedded behaviors and sensory inputs, which in turn become part of an individual’s embodied cognition.

Embodied cognition is the idea that the body influences the mind. It’s essentially the belief that our ability to gain knowledge, comprehend concepts, remember, judge, and problem solve are not confined to the brain. In this framework, cognition then is influenced, if not determined, by our experiences with the physical world. This is why we say something is “beyond us” when we want to express something we don’t understand: we connect the physical nature of distance with the mental feeling of uncertainty to illustrate our point.

The ways in which we express ourselves via language provide insights about the associations we make between physical sensations and mental experience—for example, when we’ve had a “heavy day,” or when someone is being “soft” while delivering punishment to someone for whom they care deeply. In this light, metaphors are not simply a matter of language: they are literally the vehicle by which we understand the physical world around us.
The study of embodied cognition through metaphors is well documented. These works have led to the formation of new branches of psychology, sociology, and neuroscience and have helped to further everything from artificial intelligence, to robotics, to computer science.

But how can these concepts help further content work?

As children, we repeatedly link bodily experiences with abstract concepts. This leads to embodied knowledge, because our motor functions develop first, resulting in implicit understanding, in bodily terms, of something that would normally be difficult to comprehend.

Here’s an example. My 10-month-old son spends a great deal of time crawling toward the things he wants (a squeaking giraffe, my iPhone or food). His early experiences of reaching a goal through movement is paving the way for his later understanding of how to reach a more abstract goal. He’ll come to understand that “destinations” may be achieved through the metaphorical movement along a path. One day he may complete his first brain surgery and recall the process and schooling, thinking “look how far I’ve come.”

In essence, we come to understand abstractions through metaphorical extensions of something physical. When we do so, we create systems of understanding that are grounded in physical experiences.

This is where it gets interesting for us—the people who develop content and systems. If we understand how the process of embodiment occurs, we can begin to adapt the systems, content, and digital (or physical) environments we create to either support the construction of meaning or tap into embodied knowledge. One of the biggest challenges in understanding user behavior is that so much of their decision making happens before they even stop to think about the choice. Research in embodied cognition is encouraging in that it offers us a look behind the curtain at what began in the limbic system and grew into drivers that influence judgment, decision making, and human emotion.

Think of the advantages we could have in designing learning programs, educational software, or even games for children with the power of embodied cognition and metaphor at the core of development.

An example: if we were creating a section of our webpage that was instructing someone on how to change the oil on a motorcycle, one might think to take pictures of the different parts and describe the steps. Alternatively, we might create a video that demonstrates the process and lists the steps in text.

If we truly want to be effective, we’d consider the underlying mechanisms that occur in changing a motorcycle’s oil, to support the interplay of action, cognition, and the environment to enforce a commitment to embodiment. To do this, we might create an interactive diagram that allows users to physically use the mouse or their hands to interact with the drain plug, oil filter, and other key elements. As we physically manipulate the parts, we are manipulating our mental models of the motorcycle in the world.

This is precisely why motion-based gaming consoles have become popular, for children and adults. Traditional console games are more difficult for those who didn’t grow up with video games because they don’t require us to use our entire bodies as a physical control. Platforms like the Nintendo Wii became popular because they force us to use our embodied cognition to perform tasks. In doing so, the learning curve for these games is much smaller than that of controller-based titles. In fact, motion-based gaming is so natural that it’s used to rehabilitate major injuries, help treat Parkinson’s disease, and train surgeons.

When we realize that ideas are, at least in part, shaped by the body and its interaction with the world, we’ve found the sweet spot for content work. We also open worlds of opportunity for creating work that can resonate, educate, and engage with audiences that we may never otherwise reach.

The importance of the physical world

If we know something as simple as location, we understand the local weather, whether it’s an urban or rural setting, and what time of day it is. Why do these things matter?

Consider just one variable: temperature. If a user were to access our content while working in a country experiencing a sub-zero freeze, we can use a content management system and multi-variant testing to adapt our tone and imagery to give him a feeling of warmth. We know from studies of embodied cognition that if we can evoke a sense of physical warmth within our users, they will, in turn, think warmly of us, our product, or service.

Marketers have been doing this for years. Campbell’s Soup has spent years and millions of dollars trying to divine the perfect amount of steam to display on its labels. They’ve been able to sell more soup by simply removing a spoon and adding more steam to the pictures they’ve chosen for their in-store displays.[1]

The increased amount of steam reinforces the embodied knowledge tied to our metaphors for warmth. (It also triggers several actions in the brain, but that is for another column.) Several members of a shopper panel exposed to the steamier images reportedly put more soup in their basket than they intended to buy.

These findings are both wonderful and scary: embodied cognition implies that if we’re truly interested in changing someone’s behaviors or capacity to learn, we don’t need users to consciously change their attitudes. We need only make a change to their environment, via music, imagery, color variation, or even copy tone. This means that the work we do, the things we make, and all the choices that lead to a system’s creation are far from neutral. As we pioneer new techniques in publishing, those who understand the ways in which cognition is rooted in embodied actions can achieve greater understanding from their audiences. With that power comes great responsibility. 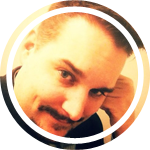 Daniel Eizans is director of Enablement Strategy at Team Detroit. He leads the Ford Vision Team, a multi-discipline team of strategists, user experience professionals and creatives focused on evolving digital platforms and consumer experiences for Ford Motor Company. A former journalist, programming professional and student of neuroscience, his approach to online content is rooted in creating the most contextually relevant experience for users regardless of point of access.

“Creating for the Brain in the Body” appeared as a Column in Issue #3. Issue illustration by Yesenia Perez-Cruz.