Officially, Project Argo is “a collection of tools and best practices for building topic-focused sites in WordPress,” drawn from the experience of developing the Argo Network, a group of twelve sites created and managed in collaboration with public radio stations in the US. Unofficially, it’s a bigger deal than that modest statement makes it sound.

Argo is a public experiment in developing technical and editorial frameworks for thoughtfully managed topical content projects that don’t require a huge team or a big budget. In the nearly two years since the project began, the team has been developing plans, testing them, and teaching each other, and they’ve been doing a lot of it live and in public via the Project Argo blog.

In the final stage of the project, the Argo team has also pulled off something almost as impressive as the network of sites themselves, which is a thirteenth site that collects and organizes everything they’ve learned and built. This extraordinary resource documents the open-source publishing tools they’ve made and the free-range editorial and technical knowledge they’ve developed. The site collects two main things: the team’s field-tested editorial practices, and their GPL-2.0 licensed code, built on WordPress and housed on GitHub.

Project Argo team is directed by Joel Sucherman and built by developer Marc Lavallee and designer/front-end dev Wes Lindamood. Snarkmarket’s Matt Thompson heads things up editorially. The project is funded by grants from the Corporation for Public Broadcasting and the Knight Foundation, and executed by the Argo team plus staff from twelve NPR member stations.

If you care about editorial/content strategy, content management, blogging, or digital publishing, Project Argo is the kind of exemplar we’d be bone-stupid to ignore. The philosophy behind Argo will be familiar to content strategy and publishing people: Sucherman summed up the sites’ essential elements as “strong original content,” “community and conversation,” and “smart curation and aggregation.” Like other digital publishers, the Argo crew has faced the pressure to sacrifice genuinely strategic thought to the pace of the web:

When you work in digital media, you face a constant temptation to scorn strategy and ride the wave of chance instead. First of all, the Internet is always hungry, and any time spent planning is time you could have spent posting.
— “Wrap-up: Strategy and planning”

Instead of caving, the team insisted on real strategy and advance planning, and published their results. If you’ve ever done a project that remotely approaches Argo’s scale, you know how exhausting it can be to compose even basic documentation; it’s particularly impressive that the team has assembled such a substantial resource. By doing this kind of disciplined, practical content work—and doing it in public—the Argo team has provided the kind of case study material that people working on the corporate side have been yelling for for years. By documenting everything they’ve learned, making their code open source, and providing solid write-ups for every part of their project, they’ve set a new standard for all public content projects.

So why haven’t we heard more about it? The project has been covered extensively in the journalism world by outlets like the Nieman Journalism Lab, which is produced by Harvard’s Nieman Foundation, and Guardian News and Media’s paidContent.org, which focuses on “the economics of digital content.” And of course, as a public media project, it’s received a lot of attention from other major news sources, mostly in the US—but mostly within journalism-about-journalism circles. Outside of that world, it deserves a lot more attention than it has received. Happily, the new resource site is likely to change that.

The content collected on argoproject.org ranges from the explicitly tactical (e.g. short, geeky Twitter tips) to meditative examinations of what it means to write online, and how that should affect our daily efforts:

Distillation, synthesis and hierarchy are all prized qualities in online writing. Where a newspaper story might demand a narrative transition, readers on the Web are perfectly all right with bullet points. Great long-form writers package mountains of information into an elegantly shaped, smooth and flowing story. Great bloggers, on the other hand, unpack complex information into discrete points and lay those out in concise and orderly fashion. If he weren’t busy being President, I imagine Barack Obama would have made a terrific blogger. Danah Boyd is an extraordinarily nuanced thinker, yet her writings and speeches are marvelously easy to parse.
— “What constitutes a ‘bloggy sensibility’?”

The team also magically avoids the attention-leeching dullness that plagues a lot of documentation. A video webinar, for example, breaks down content planning using game-world terms: long-term editorial strategy turns into the World Domination Plan, monthly planning becomes the Quest Narrative, and weekly/daily planning is (as we all know) Feeding The Beast. It’s practical, memorable, and exactly the kind of editorial choice that keeps you going further down the rabbit hole of Argo posts.

If you’re new to Argo, start with the wrap-ups, like the blogging post that covers all the classic questions about frequency, tone, and focus. If you’re more interested in the code (and rationale) of open-source content management, check out their custom-built plugins and themes.

In the last year or so, as hacker/maker culture has begun to make inroads into newsrooms, journalism-tech teams have turned dozens of internal efforts into open source code and public documentation that serves the wider community. Project Argo’s Thompson is among those explaining why more open sharing of processes, code, and theory is good for everyone, for reasons both selfish and altruistic.

It’s one of our guiding principles at Contents that shared information—and especially information shared freely on the web, outside of closed conference talks, expensive books, and locked journals—makes us all smarter. So perhaps the next move from those of us working outside of media and journalism is to work against the closed-by-default assumptions of our own industries and niches. As Thompson writes:

…once this movement started to get a foothold, whatever cultural resistance might have prevented newsrooms from opening up their processes and toolkits to potential competitors started to wither away. Now that organizations from the New York Times to the Bay Citizen to ProPublica to the Guardian are showing their work, it’s easier for coders in every newsroom to say, “We should do this too.”

The gift of Project Argo’s resources and practices marks an opportunity to move more industries toward openness, but this sort of public learning and teaching doesn’t schedule or pay for itself. Genuinely helpful public resources appear when we recognize their value and set aside resources to make them happen. Whether we’re coding, editing, or running projects, that’s something each of us can work toward in the year to come. 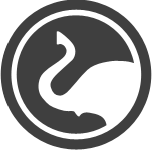