C.W. Anderson teaches journalism and media studies in the CUNY system and writes about the changing shape of print journalism, for both academic and popular readers. He spoke with us about forms and assumptions that are changing in newspapers—and also those that, for better or worse, aren’t changing at all.

Contents: Traditional news organizations and spin-offs are experimenting with the form and presentation of news—and with the character and form of journalism itself. As these experiments take place, what isn’t up for grabs? What unchanging practices can ground this evolution? And are there any elements of journalism that should be questioned, but haven’t been?

Anderson: It’s easy for me to answer the question about eternal verities first, in other words, what are some golden truths of journalism that maybe haven’t been questioned as much as they should be. Now it might seem surprising that there would be anything about journalism which hasn’t been blogged, tweeted, and debated to death—but there are! They might be a little abstract, though I don’t think they are any less important for all that.

The first golden truth that perhaps hasn’t been questioned as much as it should is the idea that journalism ought to serve “the public,” with the public, in this case, referring to some unitary, stable, usually geographically located entity. For example, you’ve got the “American public” and the “Philadelphia public” and the “random small town located here” public. And journalism convinced itself that its main job is to serve, or inform, this “public.”

The problem is, that on the web, it’s impossible to maintain the fiction that you can gather a single public together in one place. There’s always going to be one link further that you never explored, or one site that is totally different from you. And I think one of the things that the web does to journalism is that it gives lie to the notion that journalism can ever represent “the public.” And that makes us cynical about news.

Are there any core practices that should not be up for grabs? I think the idea of truth is something we need to hold on to—that journalism’s goal is to tell the truth about current trends and events, and that it needs to do this in as honest a way as it can. This can go along with the call to “rethink reporting” that I just outlined, I think. Something else that shouldn’t be up for grabs—something I wish we saw more of honestly—is journalism’s healthy skepticism, both toward what other people are telling them but also toward the act of journalism itself. There’s a need to be initially skeptical of all claims, and also to be self-reflexive about the practices of journalism itself.

Not to get all “kids today…” but: one disturbing trend I notice with a lot of tech reporting and reporting done by a lot of practitioners of newer forms of journalism, is that these reports are often more enthusiastic and gullible, than those in the past.

Anderson: For me there are a couple of groups of people doing interesting things that are worth noticing. I said a few years ago that the only group of optimistic journalists I ever saw at “future of news” conferences were the hackers—the computer programmers. I still think that’s true. I think notions of “computational journalism” have mainstreamed a lot in the last few years, but I continue to think that this is one of the most promising areas of development for journalism, and we’ve just started scratching the surface.

I’m also really intrigued by the “weird people,” as you put it, who are rethinking what it means to tell a story. In other words, while I don’t think narrativity will ever go away as a journalistic art form, I do think there are new ways to visualize and capture narrative that journalism is just starting to figure out. Personally, I find the most intriguing examples of this rethinking currently taking place on the fringes of journalism, not in journalism itself. But stuff at the forefront of graphic design, digital film, architecture, and even with stuff like robotics and drone journalism. I think it will be interesting to see which concepts move from these more esoteric, experimental fields to the relatively traditionalist world of news reporting.

Contents: You have a report coming out soon with Clay Shirky and Emily Bell, I think, and a new book out in January. Please tell us what they’re about and why they’re awesome and when (and how) we can get our hands on them.

Anderson: Thanks so much for asking about the stuff I’ve got coming out. My book is called Rebuilding the News and it will be out in January 2013. You can pre-order it on Amazon, or directly through the publisher, Temple University Press. I think Temple gets more money if you buy it directly from them. And hopefully it will be available in January or so as an ebook. Rebuilding the News is a history and ethnography of the Philadelphia “news ecosystem” from 1997 until 2011. It’s not just a story about the big Philly newspapers, but also about the early bloggers, tweeters, and activist media makers who were doing interesting things journalistically in the early-to-mid-2000s. I’m hoping it can shed light, not just on Philly, but on how metropolitan journalism is changing more generally.

Now, it’s important to keep in mind that this is an academic book—if you’re looking for quick fixes, or “ten steps to make journalism a better potential career,” or something that just goes on about how awesome networks are, well, this isn’t for you. But that said, the story is so dramatic, with bankruptcies, layoffs, digital entrepreneurs, Pulitzer Prizes, tears, joy, and heartbreak, that I hope it will still be an interesting and dramatic story. I hope that professors won’t be the only ones reading it.

I’ve also got a report on the future of journalism, title still to be determined (we’re thinking maybe Post-Industrial Journalism) coming out in December 2012, authored by me, Clay Shirky, and Emily Bell. It’s going to be an overview of where journalism is at, and where it should go from here. Now, there have been a lot of these reports, but we think—we hope—that ours is different in terms of both how radical its recommendations are and also in our focus on the actual institutions of journalism. A lot of ink has been spilled about the economics of news, but as we put it in the report, “the presence of process is worse, for news organizations,” than the absence of money. In other words, even if news institutions had all the money in the world, our problems still wouldn’t be solved. We need to understand how to produce journalism differently, and that involves rethinking our organizational practices. 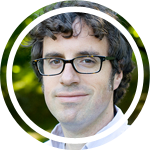 C.W. Anderson is an Assistant Professor of Media Culture at the College of Staten Island (City University of New York). His book, Rebuilding the News: Metropolitan Journalism in the Digital Age, will be published by Temple University Press in early 2013. At CUNY, Anderson teaches classes in both journalism and media studies. He has published in numerous academic journals, including the International Journal of Communication, The Journal of Public Deliberation, Journalism: Theory, Practice, and Criticism, and Political Communication. He writes occasionally at the Nieman Journalism Lab and The Atlantic online. He tweets (far too much) as @chanders. His website is at http://cwanderson.org.

“Shifting: The Newspaper” appeared as an Interview in Issue #4. Issue illustration by Meagan Fisher.