I love recipes. I have many cookbooks and clippings especially for baking which is my solace in times of trouble. But what I love most about recipes is their social history. I love to read the notes cooks append to their recipes, and to thumb through old cookery books with scribbles in the margins.

No one really owns a recipe. They get shared and disseminated through a love all humans share, of good food. Substitutions get made, volumes altered and flavors tweaked as the cook makes and remakes a dish. It becomes theirs to make for others and share anew: Katie’s lasagna verde or Stu’s white chocolate tiramisu.

I once found a small notebook tucked in the back of an old Diary of Household Management with an array of peculiar sounding dishes written in a loopy cursive, all with Anglicized names like “cream chicken a la orange” and “dinner party trifle.” I like to imagine that, in some Abigail’s Party sort of world, these were the tried and tested recipes shared among the wives of middle management businessmen, for those times when The Boss came round for dinner and they laid the nice china out.

At the start of 2011, I became a bit obsessed with tracking down, or creating, a version of classic dishes that I would be happy enough to write down in my personal book of recipes. March: Relly’s sausage casserole. June: Relly’s Wimbledon pie. That kind of thing. I like to think that one day I will publish this self-credited culinary genius in some form, with the margin notes, floury creases, buttery fingerprints, and all. It might take me some time as I’ve only got twelve recipes in it at the moment, but—as with my imaginary hostess and her dinner party trifle—these are my tried and tested dishes: the ones I would serve if you came over for dinner. The recipes my children will learn from being with me in the kitchen.

As an example, November found me obsessively making gingerbread men. I poured over recipes in my books and online and looked through that modern equivalent of margin scribbling—the reviews of people who had followed the original poster’s suggestions. Through this, I learned that one of the recipes came up better using a finer flour than the suggested brand. Another commenter had suggested a substitute for an ingredient that isn’t as common in the UK as it is in the US.

Combining these two suggestions with a third recipe I found elsewhere, I came up with the Holy Grail of Gingerbread Men. Caramelly but spicy, soft but chewy. It’s in the book now. When my boys come to read it in years hence they will know I made eight batches of cookies in four weeks, that I think a blend of light and dark muscovado makes for good color and not being too heavy-handed with the sugar pays off in the baking. They will find a photo of them aged five and two, with sticky brown sugar round their broadly grinning faces and know that it was worth the four hours to prove the dough.

I worry, though, that we might be losing a lot of this hand-me-down social history to the transience of social networks. I worry that baby albums uploaded to some currently popular site, with no backup, might be lost. I worry that videos of family reunions might be rendered inaccessible when one service provider acquires another.

I don’t want to be the killjoy. I love the sharing. But I also want to educate people in the importance of owning their own stuff, even if simply offline. If we don’t, there is a good chance that children will grow up and find that much of their personal history is either lost or impossible to find in a sea of “graduation” photo albums, or “baby’s first steps” videos.

So here’s a request, from me to you. These coming holidays, forget the troubles of CMS systems in the wild or the responsibilities of heading up an editorial team of 50. Go home and teach a parent, a friend, a someone somewhere, how to keep a backup and why it’s important. Because what is “shared content” today will become family history tomorrow, if only we can treasure it.

In exchange, I’ll give you my Ultimate Gingerbread Men recipe. Pay attention to the notes:

Using a five inch cutter, this will give you around 16-20 gingerbread men. Gingerbread improves from standing in the tin, so don’t worry that you need to eat them all at once, but I usually split the dough and make one batch of 8-10 and use the other batch up a few days later.

The secret to this recipe is letting the dough get cold for as long as possible. This is, of course, very difficult to do when you have small people clamoring to help out, but it is what makes the dough strong enough to withstand the efforts of any two-year-old amateur pastry chef. Maybe throw this together in the morning while supervising breakfast and leave in it the fridge until that 3 p.m. lull. 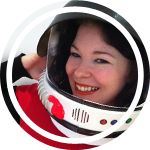 Relly Annett-Baker lives in the Home Counties with her husband, Paul Annett, and their two small sons. Her principle employment is as live-in domestic staff for two cats but when not being purred into submission she is a content strategist and writer, runs workshops in-house with companies big and small and continues to procrastinate over the draft of her Five Simple Steps book Content Creation for the Web due out in 2012.

“The Gingerbread Project” appeared as a Feature Article in Issue #1. Issue illustration by Ethan Marcotte.