One of the things we love best about this moment on the internet is the ways in which we can read together and find connections between our readings—both within a single text, and across the whole range of our combined reading memory. Our first selection, Alberto Manguel’s The Library at Night, is about precisely those things.

The book’s fifteen essays are each named for a view of the library: among them, the library as myth, as shadow, as power, as identity, and as home. Manguel approaches his subjects with a lifetime’s stock of anecdotes and consideration, but also with a disarming enthusiasm. As a teenager in 1960s Buenos Aires, he became a regular reader for Jorge Luis Borges, who was by then blind; as an adult, his literary career as editor, writer, professor, and reader took him from England to Tahiti, though a long sojourn in Canada, and at last to France, where he lives now, his 30,000-book library arranged in a renovated medieval presbytery.

The Library at Night is the sort of book that rewards skipping around as well as straight-through reading, which makes it especially suitable for our purposes. This is not the sort of book club defined by stress about keeping up or catching up, and there aren’t spoilers to worry about, either. Instead, we offer a space for comfortable, serendipitous reading together, from a book that is quotable and complex, friendly and sometimes capricious.

How to get involved

In the Contents Book Club, we’ll be experimenting a lot, pulling in streams of highlights and commentary from Readmill, Kindles, tweets, and blog posts. In addition to this intro post, you can expect a mid-issue update and a final post at the end of February, along with tweets from our account.

There’s no right way to participate. You can read along in Readmill, post highlights from your Kindle and send us a link, tweet as you read (hashtag #contentsbc), write on your own site, or just comment here. To get you started, a few tastes:

The book is readily and inexpensively available via Amazon, from Powell’s Books, on Google Books, at Barnes and Noble, and in many libraries in the US and elsewhere. 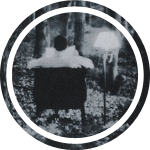 The Contents book club is a distributed reading group for people who like interesting things. (Cover image and avatar for The Library at Night © Yale University Press)

“The Library at Night” appeared as a Book Club post in Issue #5. Issue illustration by Rob Weychert.