an Exhibition in the

The Free Library of Philadelphia

Through an extraordinary testamentary bequest to the Free Library of Philadelphia, Elizabeth Windhill (1901-1997) has endowed a fund for the Windhill Storyteller-in-Residence serving the Central Library and the branch libraries, as well as a related fund for the support of children’s activities at the branch libraries throughout the city of Philadelphia. This exhibition of items from Miss Windhill’s personal collection is held in conjunction with the announcement of the first holder of the position of Windhill Storyteller-in-Residence.

Elizabeth Windhill was the youngest child and only surviving daughter of Philadelphia industrialist Nicholas Windhill (1843-1913). She was educated privately at the family house on South Third Street and at the Windhill farms in Chester County. Miss Windhill volunteered at the Free Library from the opening of the Central Library Building in 1927 until 1989, when ill-health at last obliged her to retire. In 1934 she established a summer gardening education program that brought city children from diverse backgrounds to the farm for residential learning and experience of outdoor life. Over a thirty-year period, more than twelve hundred children attended the Windhill Garden School. The Windhill Bequest is an enduring monument of Elizabeth Windhill’s lifelong devotion to the Free Library of Philadelphia.

Checklist of the Exhibition 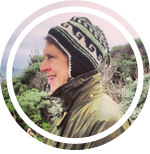 Henry Wessells lives and reads in Montclair, New Jersey. He is an antiquarian bookseller with James Cummins Bookseller in New York City, and compiler of the Endless Bookshelf. He is author of a collection of stories, Another green world (2003); editor of numerous works by Avram Davidson; and his newest book is Against the art of war, with Ernest Hilbert and Judith Clute, published in February 2013.

“The Windhill Bequest” is a fragment fallen through time, an exploration of the idea of rigorous documentation in fiction and of narrative through indirection and omission. It is a complete fragment, self-contained but related to a longer work in progress.

“The Windhill Bequest” appeared as a Feature Article in Issue #5. Issue illustration by Rob Weychert.